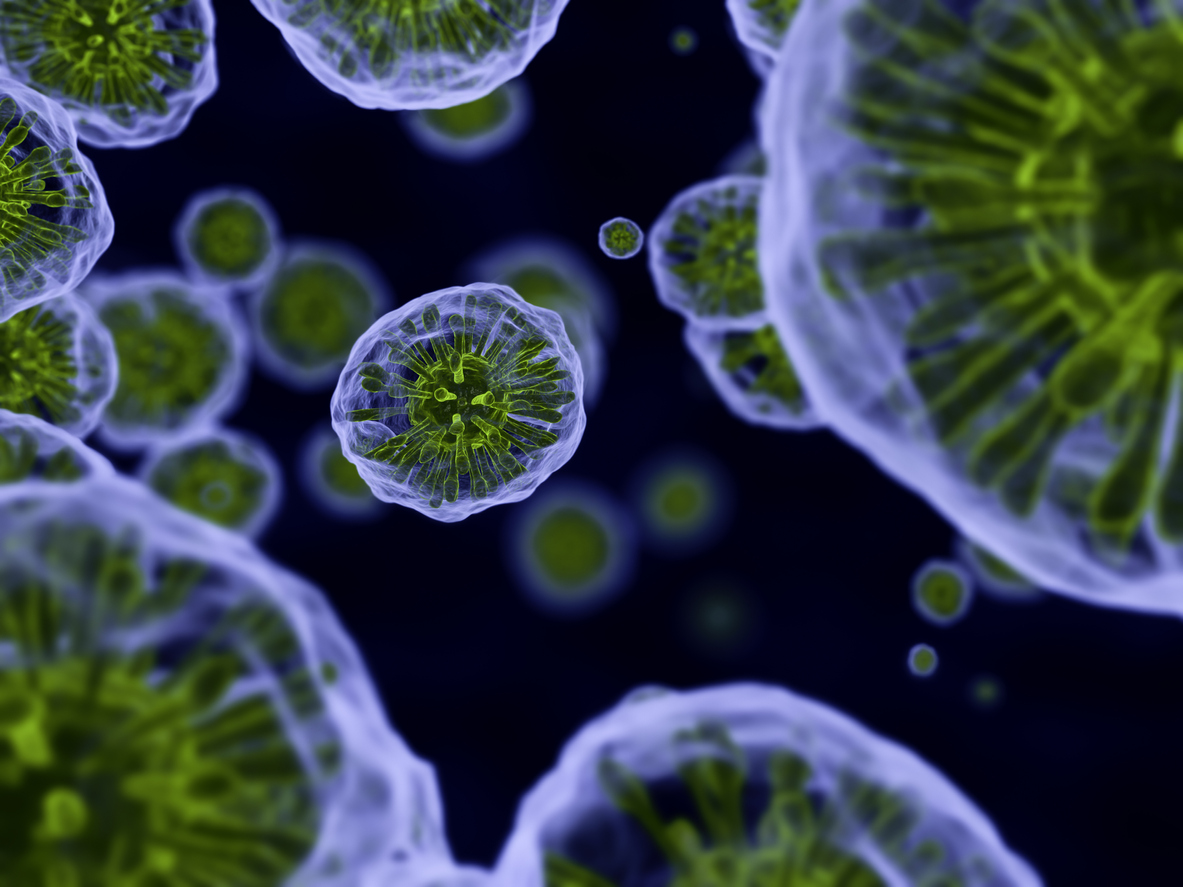 Endorphins are naturally synthesized neuropeptides whose primary function is to produce analgesia, in addition to being involved in natural reward circuits.i Three opioid peptides –   α-endorphin, β-endorphin, and γ-endorphin – comprise the endorphin class, each of which binds μ-opioid receptors located at both pre- and postsynaptic nerve terminals.ii Endorphins are synthesized in the pituitary gland from the precursor protein proopiomelanocortin (POMC).iii

β-endorphins figure prominently in the body’s response to pain. When a stressor such as pain is introduced, the hypothalamus releases corticotropin-releasing hormone (CRH), which triggers the pituitary gland to synthesize POMC. β-endorphins, among other proteins, are produced once POMC is cleaved. In the peripheral nervous system, β-endorphins produce analgesia by binding to μ-opioid receptors, initiating a signaling cascade that blocks the release of substance P, a protein responsible for the transmission of pain.iv In the central nervous system, bound β-endorphins suppress the release of the neurotransmitter GABA, which normally inhibits the excitation of neurons.v This results in an increase in dopamine production, leading to analgesia.

The word “endorphin” is a contraction of the words “endogenous morphine,” coined by scientists in the 1970s who noted their similarity to the opiate morphine.vi Derived from the opium poppy, morphine and other similar exogenous opioids are also agonists for the μ-opioid receptors. Opioids are commonly prescribed for cases of moderate to severe pain,vii yet their misuse has led to high rates of addiction and overdose in the United States.viii Long-term use of exogenous opioids can lead to tolerance, defined as the loss of responsiveness to an agonist after continued exposure.ix The molecular mechanism of tolerance is not completely understood, but studies have shown that it is correlated with changes to various regulatory proteins that interact with the μ-opioid receptors.x

An important study exploring the physiological difference between β-endorphins and exogenous opioids was conducted in 2018 by a team from the University of California, San Francisco.xi They designed a biosensor to detect the activation of opioid receptors and determined the extent and cellular location of receptor activation for both β-endorphins and non-peptide agonists like morphine and etorphine. After β-endorphins bound to the extracellular receptors, the receptors were enveloped by an endosome and remained active inside the cell for several minutes. However, exogenous opioids also bound to receptors attached to the surface of the Golgi apparatus, and were detected there within 20 seconds after being introduced. This rapid and distinct interaction may help reveal the cause of the unwanted side effects caused by exogenous opioids and lead the way for the development of safer synthetic opioids that more closely resemble β-endorphins.xii

In addition to producing analgesia, β-endorphins can also lead to an increase in sociability.

Oxford University researchers found, in a study whose results were summarized colloquially as “Friends are Better than Morphine”,xiii that people with larger personal social networks had higher pain tolerance than those with fewer intimate friends.xiv The authors attributed this correlation to genetic variants conferring greater β-endorphin – μ-opioid receptor interactions, a conclusion supported by the “brain opioid theory of social attachment,” the idea that the binding of β-endorphins to μ-opioid receptors promotes social bonding. Endorphins, the class of neurotransmitters responsible for many fundamental aspects of our physiology, may have functions yet to be discovered.