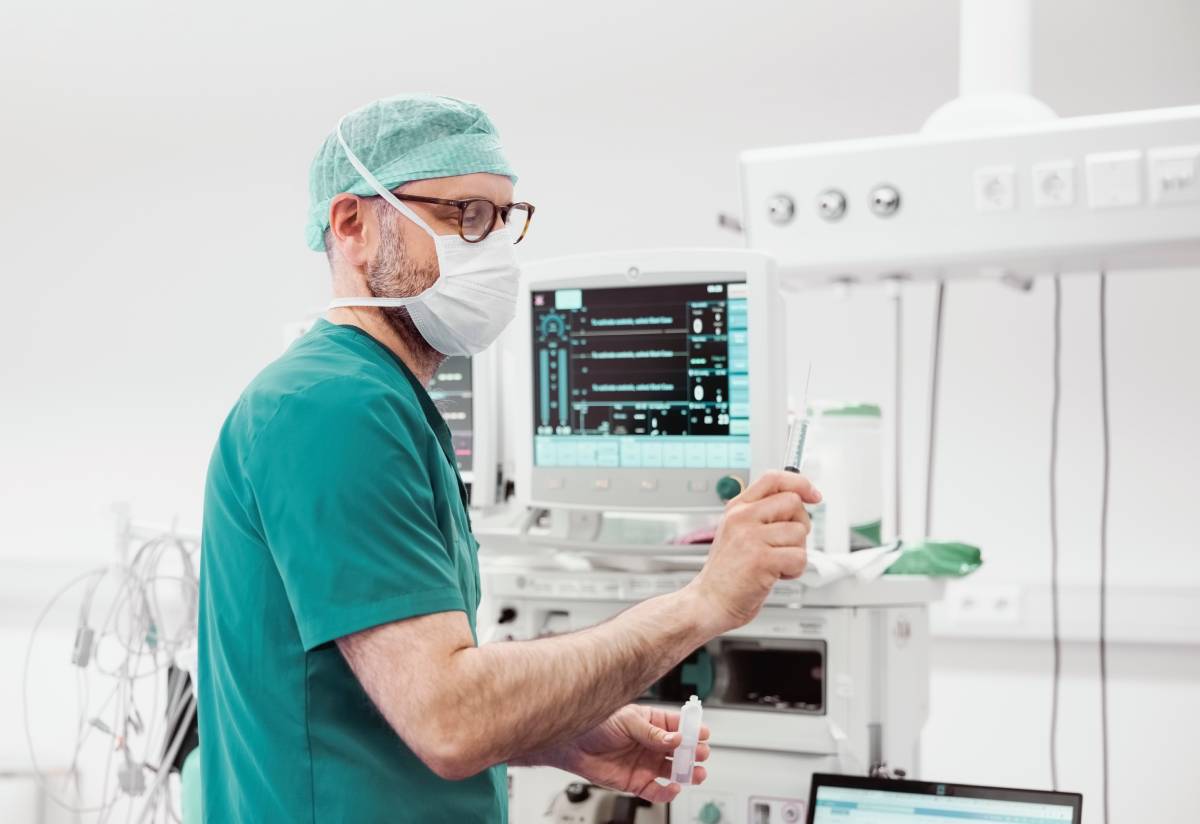 Etomidate is an ultrashort-acting hypnotic agent used for the intravenous induction of anesthesia 1. The first report on etomidate was published in 1965 by Janssen Pharmaceuticals as one of several synthesized aryl alkyl imidazole-5-carboxylate esters 2. Etomidate and several other compounds were initially developed as antifungal agents, with their hypnotic activity being identified during animal testing. Due to appearing significantly safer than barbiturates, etomidate was quickly targeted for further research 3.

Etomidate was introduced into clinical practice in 1972, with reports of its use in humans soon thereafter 4. Research has since shed light on the drug’s molecular pharmacologic features and clinical utility. Etomidate produces its anesthetic effect by acting as a positive allosteric modulator on the γ-aminobutyric acid (GABA) type A receptor, thus enhancing the effect of the inhibitory neurotransmitter GABA.

To date, etomidate has been approved for use during induction of general anesthesia, rapid sequence intubation, and other indications where short-term anesthesia is warranted. In addition, it is also indicated for procedural sedation, maintenance of anesthesia, and short operative procedures such as dislocated joint reduction, tracheal intubation, or cervical conization, among others 1.

The only imidazole among clinical anesthesia drugs, etomidate has the most favorable therapeutic index for a single-bolus administration 3. It also stands out among other anesthetic agents by having a remarkably stable cardiorespiratory profile, producing no cardiovascular or respiratory depression. Indeed, preclinical experiments in mammals confirmed that etomidate injection was associated with minimal hemodynamic changes or respiratory depression, features that were presumed to result in its unusually favorable safety profile 5. This makes etomidate an ideal anesthetic for shock trauma, hypovolemic patients, or patients with significant cardiovascular disease 1.

Etomidate has a large volume of distribution and is rapidly metabolized through hydrolyzation by enzymes in the liver into an inactive carboxylic acid 6.

Over the last decade, several analogs have been developed, based on a deepening understanding of the drug’s molecular targets and actions, with the aim of retaining its stable cardiorespiratory profile while minimizing its suppressive effect on the adrenocortical axis 3.

One of these analogs, ABP-700, has been studied in extensive phase I clinical trials 7. Data demonstrated that ABP-700 is characterized by small volumes of distribution and rapid clearance, being metabolized, like etomidate, by hydrolyzation into an inactive carboxylic acid. Furthermore, ABP-700 has a rapid onset and offset of clinical effect 8. However, both etomidate and ABP-700 may result in involuntary muscle movements. The origin of these movements remains unclear and warrants further research.

ET-26 hydrochloride is another novel etomidate analog in pre-clinical stages of development. So far, it has been found to exert moderate, reversible effects on respiratory, cardiovascular, and central nervous system function in animal models 9.

Due to etomidate’s decline in popularity, only a few extensive pharmacokinetic or pharmacodynamic studies have been published to date. Additional research is warranted in order to best understand etomidate and its analogs and optimize their clinical implementation.